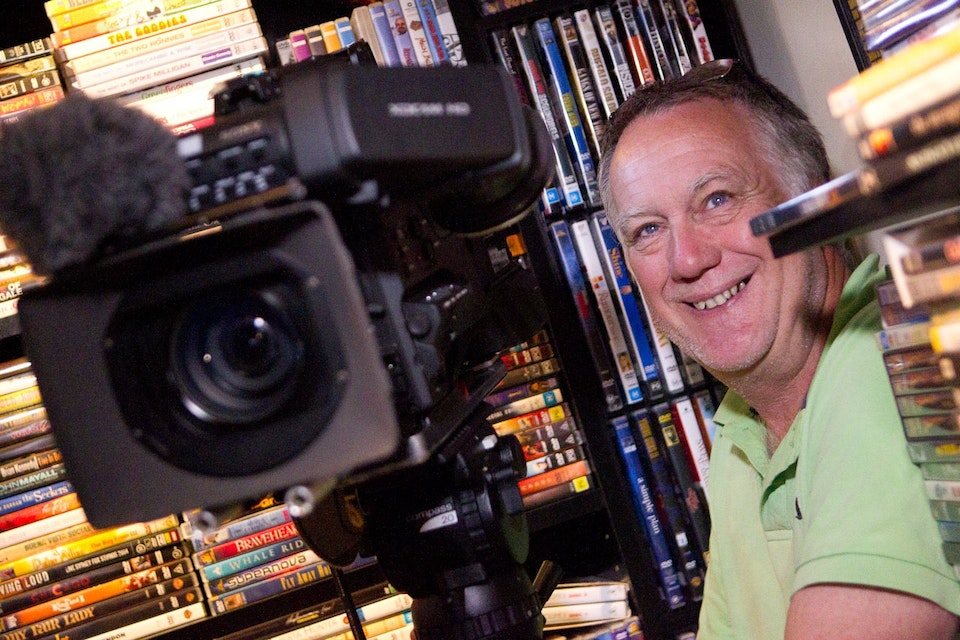 Being Kind To Your Crew: A Beginner's Guide

I worked out recently that, in the course of my career, I have produced at least a few hundred videos of the corporate variety (and then a bunch of music videos and short films on top). That’s a LOT of videos. And a lot of people - crew, actors, editors, clients - that I’ve had to wrangle, sweet-talk, bribe, fill with coffee, talk off ledges, and poke with sticks.

Let’s face it, there are lots of people in the world who want to make films. You’re obviously one of them. And there are lots of talented people (actors, crew, etc) who will be in-demand for both paid and unpaid gigs. So why should they choose to work with you over other producers (especially if you’re not able to pay them their ‘proper’ rates)?

Because you’re nice, and respectful, and a good person to work with, that’s why. And if you’re not- even if you ARE offering to pay people - you’ll find it really hard to get crew. One of the benefits of being a freelancer is that you get to pick your jobs - and many crew get to a stage where they don’t give a stuff about the money; if you’re a dick then they won’t work with you. Simple. But if you’re a good egg and they like hanging out with you, then they’ll often get involved (and pass up paying gigs) just for the fun of it.

Producing can be a very stressful thing. There’s always a lot to organise, lots of people to wrangle, sometimes there are clients thrown into the mix who need to be kept happy, sometimes you get on-set ‘personalities’ to deal with, sometimes things happen that are beyond your control. It’s easy to get shitty and grumpy and stressed. God knows I do. But, as a producer, a lot of the time you gotta suck that up and act like everything is going to be FINE (which, 99% of the time, it will be). You’re the captain of the ship, and if you spot an iceberg on the horizon and start freaking out, then the odds are that everyone else will start too. But if you’re calm, and smiley, and nice, then everyone will assume you’ve got it all under control (even if you don’t).

Your crew are your family. Cliched but true. Hell, I spend vastly more time with my crew than my actual family. Whether it’s a 12-hour filming day, or a four-day shoot out in the middle of nowhere, you’re going to spend a lot of time in close proximity to these people. So be nice to everyone. Be inclusive. Make sure everyone knows each other’s names and what everyone’s roles are before you start. This is a team game, and you want everyone playing nice from the beginning.

Communicate. From the start of the project, be clear about what’s happening. Make sure everyone feels they can come to you if they’ve got an issue. Make sure everyone is on the same page. If you can forsee a hurdle, or if you think some problem-solving might be required, then ask advice. Don’t expect that everyone can read your mind - chances are, your head has been in this project for ages and you know what’s meant to happen, but a lot of these people are coming in fresh, and don’t necessarily know what you’re after. If everyone is trying to paint the same picture, things will be much easier.

Use your manners ALL THE TIME. Say please. Say thank-you. Don’t boss people around or bark orders, even if you’re stressed (and yes, I know that’s hard somtimes). If something needs to be done, then ask nicely. If they disagree, make it a discussion. Explain what needs to happen and why. Whether it’s your DOP or your runner, whether they’re being paid or not, they are all engaged to be part of this team. They don’t have to be there… so be appreciative of the fact that they are. Don’t pull out the ‘passive-aggressive’ guns under any circumstances. EVER.

Be genuine. My pet hate on a film shoot (or anywhere, really) is a pretentious attitude. Don’t be condescending. Don’t talk down to anyone (ESPECIALLY your PA /runner). If you say thanks, sound like you mean it. If you say sorry, sound like you mean it. I’ve worked with a guy who says ‘sorry’ at the start and end of every sentence, regardless of whether or not he actually is, or needs to be, sorry. After a while, you start getting the vibe that this guy might be a little bit insincere. And I don’t like working with people who are fake. So don’t go down that path…

Be honest. Most people are pretty cluey and can tell if you’re bullshitting them. If you think you’re up for a big day and you’re going to finish later than expected, then say so. If you think the team need to speed up because you’re worried about losing light, then explain that to everyone before you start cracking the whip. And if you need help or you’re stuck for a solution - then don’t be afraid to ask, instead of quietly freaking out to yourself. A lot of my regular crew have been working for twenty years or more; they’ve got yeeeears of experience behind them - and they are always, without fail, willing to step up and help out, offer advice, or change their approach, if I’m worried the wheels are coming off. Weirdly enough, people will respect you more if you’re able to admit that you need help with something, rather than struggling on alone and probably messing things up even more.

Be a mum. I could (and probably will!) write an entire rant about this, but make sure everyone on your shoot is as happy as they can be. If you’re starting at 6am, check to see that everyone’s had breakfast. Make sure people have coffees and water. Have snacks on-hand. If it’s hot and you’re outside, make sure everyone has sunscreen. If someone has a headache, get them panadol; if someone needs a little break to stretch their back or go to the toilet, let them go. If your crew know that you care about them, they’ll care about you (and your film) a lot more.

Be appreciative. We’re starting to tie in multiple topics here - but always, always thank your crew at the end of the day. If you worked them extra hard, or if you had to spring something extra on them, or if they’ve given up a weekend to help you out, then let them know that you genuinely appreciate it. If it was a shit day, acknowledge it. Nobody is going to hold it against you if the day was balls (unless you really did mess up and won’t admit it!) but people know you’re on the same team if you’re able to say “Sorry guys, today was a bit shithouse - thanks for keeping it together", rather than acting like nothing happened. Help people pack up. Make sure everyone leaves safely. Does anyone need a bottle of water to take with them? Anyone need a snack? Coffee? A lift? You want everyone to feel that no matter what horrors they’d gone through that day, they’d definitely work with you again.

And and the end of the day, that’s what you want.

Let’s be honest, everyone has crap days. Nobody is perfect. You never know when a personality clash is going to pop up, or you’re stuck with someone difficult, or some kind of nightmarish disaster occurs. I’ve had my fair share of on-set freakouts, tears, and minor public spats. I’ve made poor production choices, and I’ve pissed people off. I’m only human, and these things happen, and I’d like to think I’ve learned from my mistakes.

If everyone knows that your normal state of being is that of a nice, genuine, caring person, then (just like family) they’ll understand if you have your ‘moments’. But if your normal attitude is a bit sub-par, and they’ve got the choice between working with you or working with someone else (or even just having a day off!) then you may find yourself wondering why everyone is always ‘unavailable’ when you call…