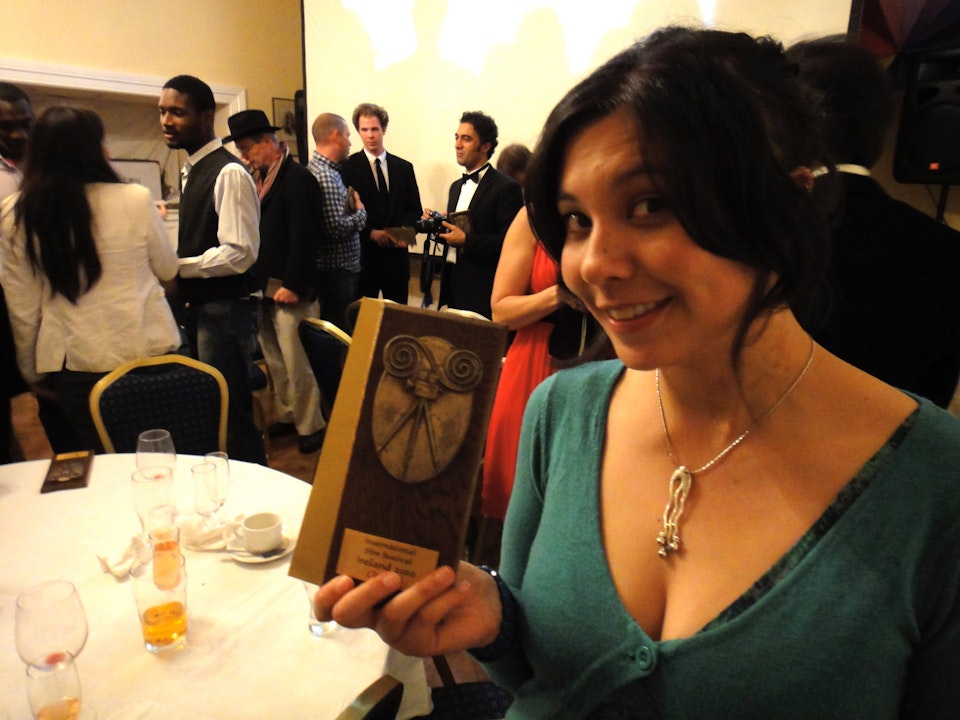 It's all about baby steps.

As the end of the year hurtles towards us, we've been taking stock of what the new year might hold for us at Octopod - projects we want to develop, festivals we want to aim for, and things we really want to achieve in the next twelve months. We've got lots of projects we're really excited about - a web series we're shooting in early 2017, a few other shorts that we'd love to knock off, a feature film we've got in development with a state-based screen agency, and of course the elusive 'low budget feature film concept' that we're constantly trying to crack.

Filmmaking is a long game, and we're slowly learning that being strategic is important - but to be honest, we often find it hard to adhere to our goals. The pressures of our corporate company, other paying gigs, and life in general mean that it can be hard to prioritise the 'passion projects' when time and resources are limited- and before you know it, days turn into weeks, weeks turn into months, and suddenly it's the end of the year.  That short I was so sure I could write? Still not quite finished. Those easy little films we were so confident we could churn out in time for some festival deadlines? Didn't happen.

In fact, we didn't produce any of our own content this year - something that made me a little sad. As much I logically know there were so many mitigating circumstances - the fact that I returned to uni to do my Masters, negotiating the exit of a business partner from our corporate company, and going through some fairly stressful family stuff - I still felt bummed out. As excited as I was to watch friends get out there and kick some serious arse on projects they'd made this year, I couldn't help wishing that we were doing the same. I worried that maybe we were getting left behind; that we were wasting the momentum from our last project by not jumping straight onto the next thing.

Which of course spirals into the whole  'what am I doing in this industry?!' spiral of self-doubt, comparisons to others doing 'better' than me, wondering we'll ever 'make it', being scared about getting  stuck in the same spot, etc etc. Stupid, I know -  but we all get swept up by these feelings occasionally. 'Imposter Syndrome' seems like it's pretty much part and parcel of this industry.

But before I disappeared down black hole of self-pity, I forced myself to remember a time - not that long ago, actually - before Octopod existed.

When were just two people who *really* wanted to make films, but hadn't even started yet.

When just the very idea of putting together a project was just a distant dream. When we didn't know even half of the amazing industry people we know now, we'd never had work screened in a film festival, and had no idea how the whole industry worked.

But here we are, six years later, with a bunch of shorts under our belt, an associate producer credit on a US feature film, and over 150 festival acceptances (some of which are actually a pretty big deal). We've pitched at Fox Studios in LA (they came after us), hung out with Edgar Wright at film festival, had one of our more ridiculous projects shown at Cannes (and not just in the short film corner!), and have made friends with some wonderfully talented people all around the world who we can't wait to work with.

Six years ago, when we were just starting out, there's no way I would have believed that any of these things were possible. And yet, through a series of baby steps - another little film here, another festival acceptance here - we've done some really cool stuff.  It's such terrible cliche, but it's only by looking back that I can see how far we've actually come. Context really is a wonderful thing, even though it can be hard to apply it sometimes.

2016 was just one of those years where producing something new just didn't happen. But is it the be-all and end-all of who we are and what we've got on the horizon? Does it mean we've stagnated; that we're trapped in the muck and never able to move on? Absolutely not.

Because as long as we can re-focus and re-prioritise for the coming year, and as long as we're moving forward - even if it's only baby steps - then the possibilities are endless. And I can't wait to look back in another five years, and all the stuff that's happened since today, and wonder what I was even worried about.