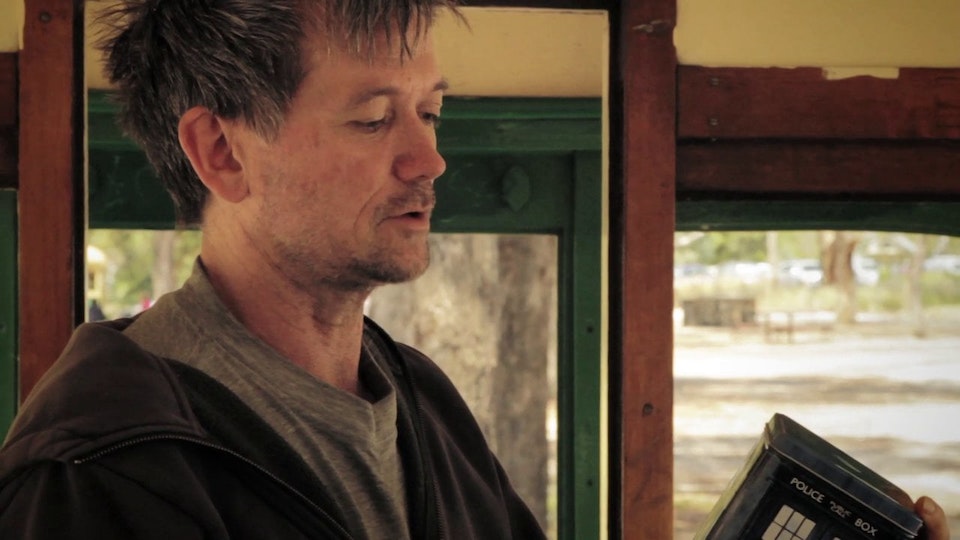 Terry, a homeless Dr Who fanatic, spends his days reflecting on his mistakes, and dreaming of being reunited with his long-lost son, John (named for John Pertwee, the third Dr Who).  Terry knows he’s made some bad choices – but will the universe offer him a second chance?

Written and performed by Melbourne based writer/performer Ross Daniels and shot as a mockumentary, ‘There’s No Place’ perfectly captures the pathos, regret and humour of a lost soul desperate to make up for the past.